Traveling is like flirting with life. It’s like saying, ‘I would stay and love you, but I have to go; this is my station.’ (Lisa St. Aubin de Teran)

The last of my Belgium photographs… 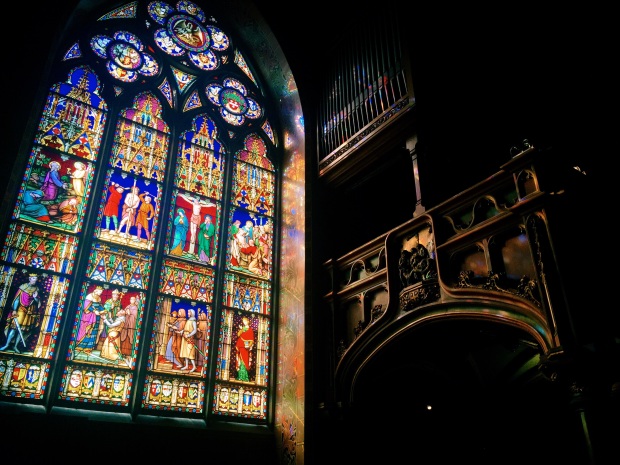 One of the most beautiful churches I’ve seen ever. This is Basilica of the Holy Blood in Bruges, Belgium. 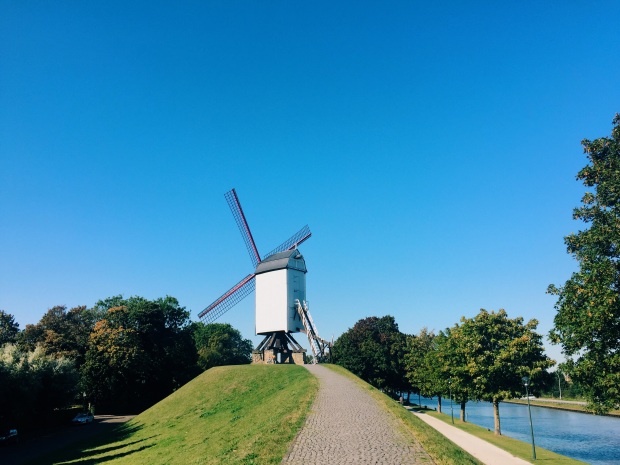 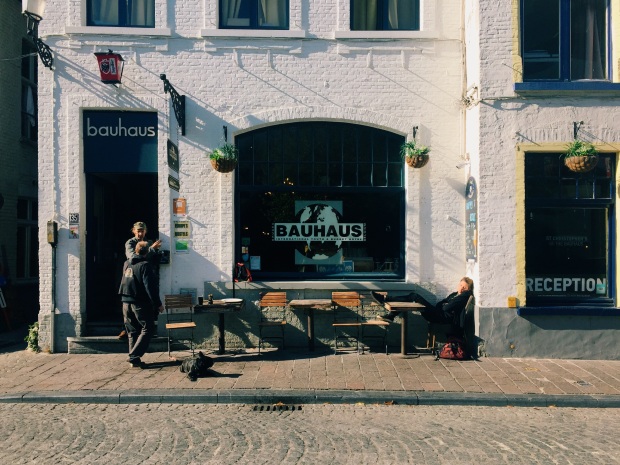 Haagen-Dazs ice-cream was everywhere in Japan! I bet my Japanese friends and students would love this cafe.

My feelings (by that I mean pure jealousy) towards hot-shot bloggers who “travel”. Yeah yeah, they worked hard for it, too. Whatever.

WHY I QUIT MY JOB TO TRAVEL THE WORLD 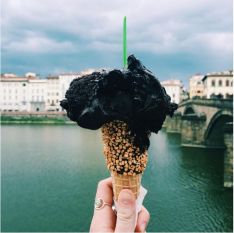 On paper, my life seemed great. I had a dream job, a swanky apartment, and a loving girlfriend. But something was off. I couldn’t bear being chained to my desk in a stuffy office any longer. So I decided to quit and travel the world, bringing only my passport, a small backpack, and my enormous trust fund.

My co-workers were shocked. How could I so casually throw away everything I fought so hard to achieve? But I don’t expect everyone to “get” me. I’m a free spirit, whose father owns a South American rubber empire.

I set to work packing my bag and throwing out most of my possessions. Whatever didn’t bring me joy went straight in the trash. You don’t need to own a lot of “stuff” to be happy, especially when you can buy whatever you later realize that you need with your massive inheritance.

Then I reserved a business-class seat, sent a quick text message to my girlfriend telling her that I was leaving the country forever, and was off.

My first few months roaming the world were life-changing. Every day, I updated my Instagram with photos of my favorite sights: cones filled with scoops of glistening gelato; my hand lightly resting on a café table, near an early edition of “On the Road”; selfies of me hugging depressed tigers too stoned on sedatives to drown themselves. Still, I needed to see more. My wanderlust had turned me into a wanderslut.

As a citizen of the world, I rarely get lonely. Everywhere I go, I meet such diverse groups of people. In hostels, I’ve shared beers with friendly British and Australian twenty-somethings. In hotels, I’ve sipped wine with friendly British and Australian forty-somethings. We all became lifelong friends, despite the language barriers.

Once, outside the train station of a small fishing village, I met a humble man named Greebo who sold flowers and various cheap trinkets for a living. Unburdened by the trappings of modern life, his hospitality was unlike anything I’ve ever encountered in the States. Greebo was happy to open up to me about his life, as long as I kept buying roses. Intrigued by our easy chatter, some of his friends wandered over to join the conversation. All of our superficial differences soon melted away. Inside, we are just human beings, after all, exchanging a powerful global currency.

As I left town, I cast one final glance back at Greebo. One of his friends playfully tossed him to the ground and thumbed his eyes as the others snatched all the money I had given him. I couldn’t help but smile. It felt good to make a difference in the lives of these simple people.

Of course, this “no reservations” life style isn’t for everyone. In many ways, it’s harder than the old corporate grind. Many stores don’t accept my Centurion card. Sometimes it’s difficult to get even one bar of cell service, which makes Instagramming more gelato a real struggle.

But don’t worry about me! Whenever I start to get homesick, I remember the old rat race and shudder. All those bleary-eyed suckers packed into the subway, going to their lousy jobs, wasting their whole lives to afford useless things like “rent” and “health insurance” and “student-loan payments.”

That life style isn’t for me. Maybe I’m just a crazy dreamer who also gets a monthly no-strings-attached sixty thousand dollars deposited into my checking account, but I won’t be tied down so easily.