Yesterday, we road-tripped to Shimane refecture, Japan’s second least populous prefecture after Tottori. We visited two places: 1. Izumo Taisha (one of the oldest Shinto shrines in Japan) where my Japanese friend’s new car was blessed and 2. Matsue Vogel Park; a large aviary park housing an extensive number of tropical birds. The latter upset me a little. Don’t get me wrong, the park itself was beautiful and of course so were the birds it held but to think that these poor creatures were captured from their homes in Ethiopia, Tanzania, Russia and so forth and brought all the way to Japan (or any other zoo in any other part of the world for that matter), in God-knows what horrific conditions to be caged and gawked at simply for our pleasure, really tore at my heart. I will forever be grateful to my Cultural Studies lecturer, Annie Potts for opening my eyes to humanity’s unjust treatment of animals. Also, Shimane is well-known for its delicious and strong-tasting soba so that’s what we had for lunch and later, at a service station, ramen (pictured below) for dinner. Noodles rule Japan. Here are some pictures: 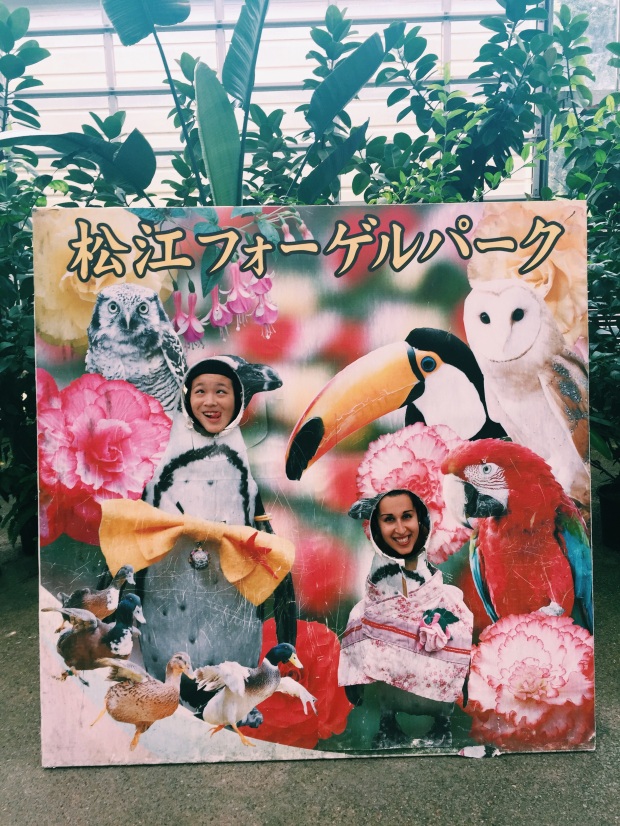 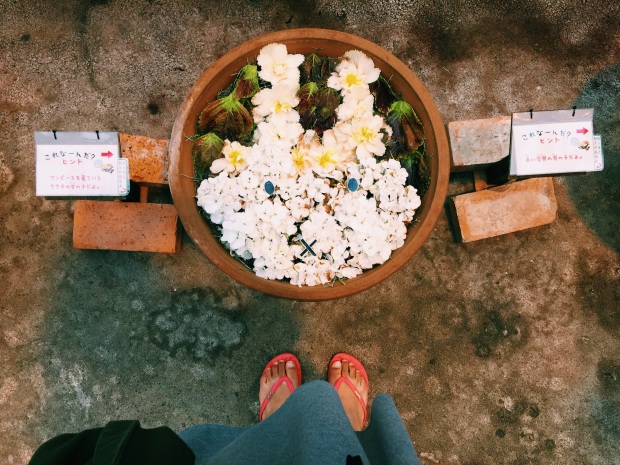