If you didn’t know, fruit is expensive in Japan. Like, 8-bucks-for-a-single-peach expensive. So, I may have spent my month’s grocery allowance already…And since I don’t get paid for this blog, unlike some other food-bloggers, I have had to alter my foodie-ventures. You might know (if you’re a regular follower) that I’ll be finishing up my contract in the Japanese countryside in less than 8 weeks… which means (note to self) I should be eating the things in my pantry instead of grocery shopping. So, I  raided my pantry and made  onigiri (rice balls). These specific ones are called sekihan 赤飯 which are usually white rice boiled together with red beans – though I used brown rice and too many beans (on purpose of course). They are a traditional Japanese dish and often served on special occasions throughout the year like birthdays, weddings and some holidays, such as Shichi-Go-San.

Further, I didn’t buy these flowers. I rode my bicycle at 5.30am, in the rain and picked these wild ones instead. There, I had the pleasure of receiving 3 vicious sand fly bites which have caused my ankles to become as large and round as my watermelon. 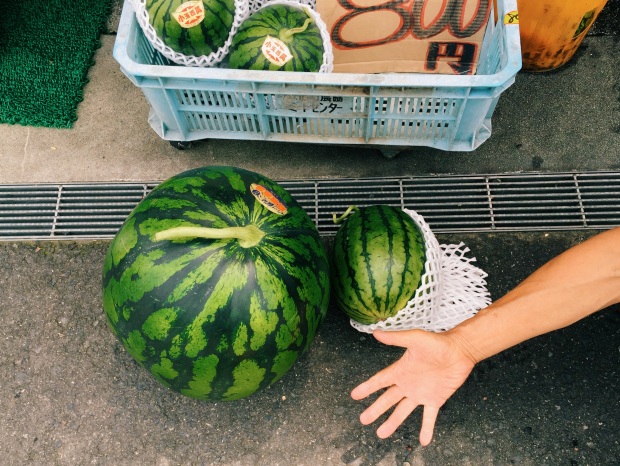