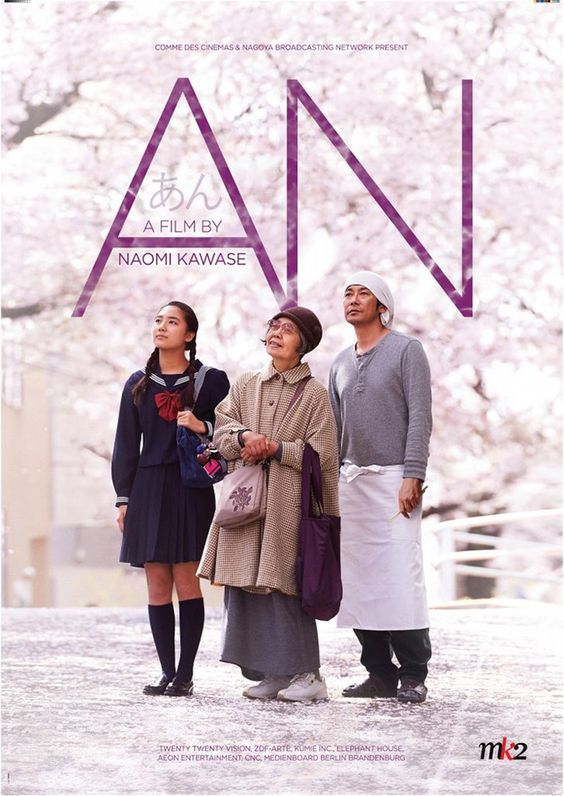 Before I say anything about this movie, I want to tell you something. But before I do, I want to apologize in advance if I offend anybody. Basically, In my mother tongue of Persian/Farsi, “an” is the word for, put politely, feces. Which by the way, came as a real shock when my family and I left Iran and met numerous Annes and Annies. Again, I’m real sorry for even talking about this but the “ie” downgrades shit to shitty. I am so sorry. But it’s kind of funny, right? Languages, I mean. The Japanese word for persimmon 柿 (kaki) is also the Hebrew word for feces. Okay, enough poop talk, An (the movie not the other) is a must-see.

By the way, an in Japan is everywhere. As in, EVERYWHERE. And dorayaki (the product of the troubled confectioner; a Japanese red-bean pancake consisting of two small pancake-like patties wrapped around a filling of sweet Azuki red bean paste) is super popular. So, it’s a great movie to see for Japan dwellers seeing as they’ll surely relate but also a great watch for lovers of Japan and/or artsy films.